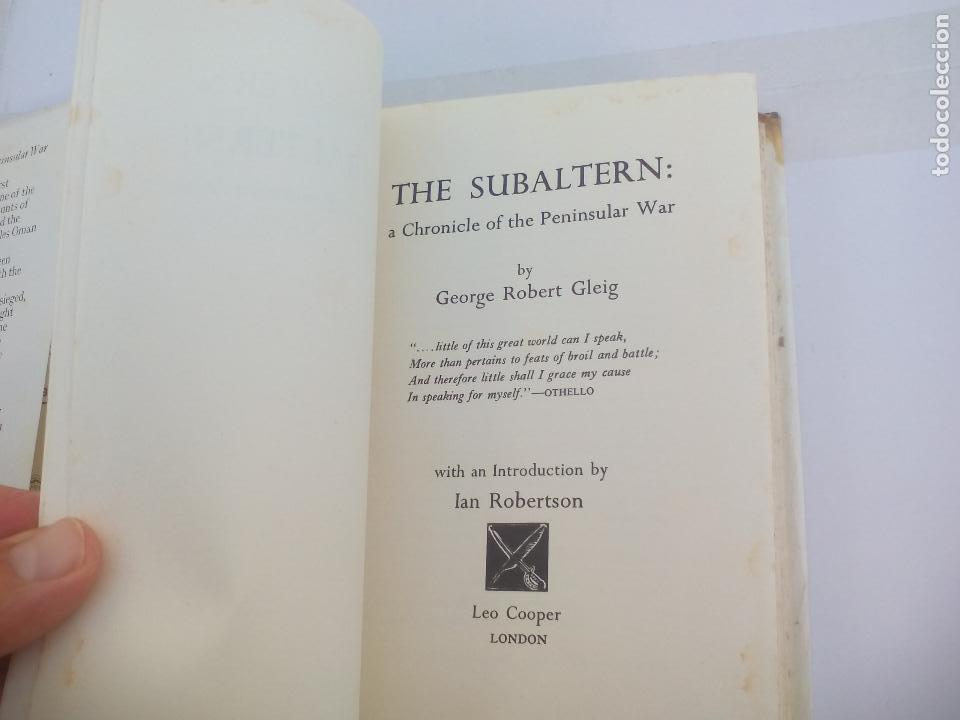 
Thrown into action in Spain against invading French forces in the summer of , Gleig fought continuously for 18 months. The unique quality of Gleig's personal account was recognized immediately, and his narrative was praised by the Duke of Wellington himself. Although not always readily available to the general public. Gleig's account has been extensively drawn on by later historians and historical novelists.

Gleig left behind a unique account of Wellington's victories, the primitive conditions endured by both soldiers and civilians, and the mood of the times. George Robert Gleig had a distinguished career with the British Army.

He is also the author of the celebrated Blue Guides to Spain, Portugal and France and other travel books. Visit Seller's Storefront. Books returnable within 14 days if not satisfied. Orders ship within 2 business days. Shipping costs are based on books weighing 2. If your book order is heavy or oversized, we may contact you to let you know extra shipping is required. Hathaway, E. Publisher: Shinglepicker: Paperback; good in pitted and creased card covers.

Military memoirs, charting his experiences to the battle of Vitoria, Spiral-bound single-side photocopy of the original edition published by John Russell Smith.

Reprint of the edition; with new Introduction by Ian Fletcher. Spellmount Library of Military History series. Hardback without dustjacket; abrasion and tear to paste-down, pages clean and tidy, in dented and marked boards.

A good reference copy. First published in three volumes; includes much on his experiences during the Peninsular War.

The Subaltern: Chronicle of the Peninsular War

By: Gleig, G. Robertson, I. Hardback; very good in lightly scuffed dustjacket. Gleig served with the 85th Regiment. Publisher: Leo Cooper: Hardback; very good in yellowed dustjacket. Facsimile of the first edition published ; with new Introduction. He saw service from the siege of Ciudad Rodrigo in January until the end of the Peninsular War in Study based on Gairdner's journal and letters.