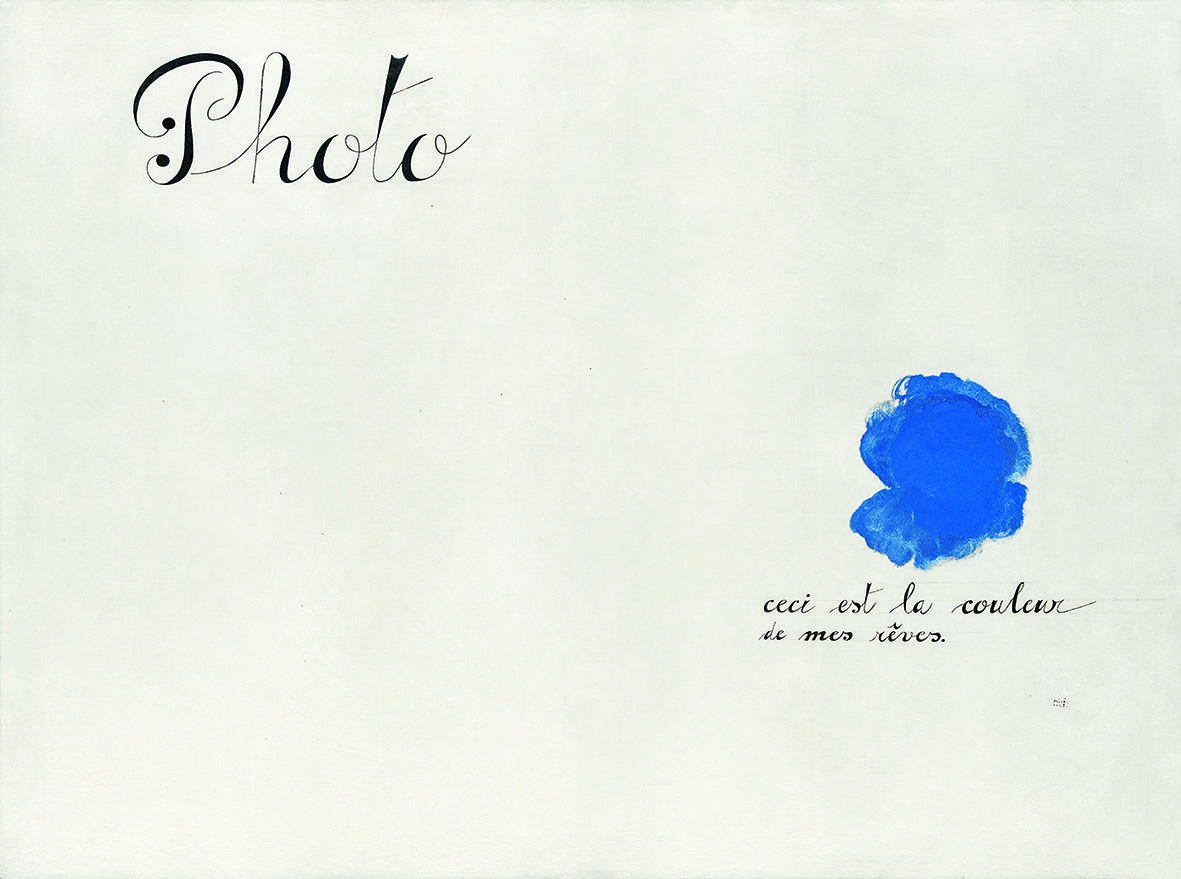 Must he be put in irons, thrown into the sea, That drunken tar, inventor of Americas, Whose mirage makes the abyss more bitter? Thus the old vagabond tramping through the mire Dreams with his nose in the air of brilliant Edens; His enchanted eye discovers a Capua Wherever a candle lights up a hut. Astonishing voyagers! What splendid stories We read in your eyes as deep as the seas! Show us the chest of your rich memories, Those marvelous jewels, made of ether and stars. We wish to voyage without steam and without sails!

To brighten the ennui of our prisons, Make your memories, framed in their horizons, Pass across our minds stretched like canvasses. The glory of sunlight upon the purple sea, The glory of cities against the setting sun, Kindled in our hearts a troubling desire To plunge into a sky of alluring colors. The richest cities, the finest landscapes, Never contained the mysterious attraction Of the ones that chance fashions from the clouds And desire was always making us more avid! Desire, old tree fertilized by pleasure, While your bark grows thick and hardens, Your branches strive to get closer to the sun!

Will you always grow, tall tree more hardy Than the cypress? We have bowed to idols with elephantine trunks; Thrones studded with luminous jewels; Palaces so wrought that their fairly-like splendor Would make your bankers have dreams of ruination;. And costumes that intoxicate the eyes; Women whose teeth and fingernails are dyed And clever mountebanks whom the snake caresses. Not to forget the most important thing, We saw everywhere, without seeking it, From the foot to the top of the fatal ladder, The wearisome spectacle of immortal sin:. Woman, a base slave, haughty and stupid, Adoring herself without laughter or disgust; Man, a greedy tyrant, ribald, hard and grasping, A slave of the slave, a gutter in the sewer;.

The hangman who feels joy and the martyr who sobs, The festival that blood flavors and perfumes; The poison of power making the despot weak, And the people loving the brutalizing whip;. Several religions similar to our own, All climbing up to heaven; Saintliness Like a dilettante who sprawls in a feather bed, Seeking voluptuousness on horsehair and nails;.

Prating humanity, drunken with its genius, And mad now as it was in former times, Crying to God in its furious death-struggle: 'O my fellow, O my master, may you be damned! The less foolish, bold lovers of Madness, Fleeing the great flock that Destiny has folded, Taking refuge in opium's immensity! Bitter is the knowledge one gains from voyaging! The world, monotonous and small, today, Yesterday, tomorrow, always, shows us our image: An oasis of horror in a desert of ennui! Must one depart? If you can stay, remain; Leave, if you must. One runs, another hides To elude the vigilant, fatal enemy, Time!

There are, alas! Like the Wandering Jew and like the Apostles, Whom nothing suffices, neither coach nor vessel, To flee this infamous retiary; and others Who know how to kill him without leaving their cribs. And when at last he sets his foot upon our spine, We can hope and cry out: Forward! Just as in other times we set out for China, Our eyes fixed on the open sea, hair in the wind,. We shall embark on the sea of Darkness With the glad heart of a young traveler.

Do you hear those charming, melancholy voices Singing: "Come this way! You who wish to eat. The perfumed Lotus! It's here you gather The miraculous fruits for which your heart hungers; Come and get drunken with the strange sweetness Of this eternal afternoon? By the familiar accent we know the specter; Our Pylades yonder stretch out their arms towards us.

O Death, old captain, it is time! This country wearies us, O Death! Let us set sail! Though the sea and the sky are black as ink, Our hearts which you know well are filled with rays of light.


Pour out your poison that it may refresh us! This fire burns our brains so fiercely, we wish to plunge To the abyss' depths, Heaven or Hell, does it matter? To the depths of the Unknown to find something new! For children crazed with postcards, prints, and stamps All space can scarce suffice their appetite. How vast the world seems by the light of lamps, But in the eyes of memory how slight! One morning we set sail, with brains on fire, And hearts swelled up with rancorous emotion, Balancing, to the rhythm of its lyre, Our infinite upon the finite ocean.

Some wish to leave their venal native skies, Some flee their birthplace, others change their ways, Astrologers who've drowned in Beauty's eyes, Tyrannic Circe with the scent that slays. Not to be changed to beasts, they have their fling With space, and splendour, and the burning sky, The suns that bronze them and the frosts that sting Efface the mark of kisses by and by. But the true travellers are those who go Only to get away: hearts like balloons Unballasted, with their own fate aglow, Who know not why they fly with the monsoons:. Those whose desires are in the shape of clouds.

And dream, as raw recruits of shot and shell, Of mighty raptures in strange, transient crowds Of which no human soul the name can tell. We imitate the top and bowl In swerve and bias.

Through our sleep it runs. It's Curiosity that makes us roll As the fierce Angel whips the whirling suns. Singular game! Our soul's like a three-master, where one hears A voice that from the bridge would warn all hands. Another from the foretop madly cheers "Love, joy, and glory" The watchmen think each isle that heaves in view An Eldorado, shouting their belief. Imagination riots in the crew Who in the morning only find a reef. The fool that dotes on far, chimeric lands — Put him in irons, or feed him to the shark!

The drunken sailor's visionary lands Can only leave the bitter truth more stark. So some old vagabond, in mud who grovels, Dreams, nose in air, of Edens sweet to roam. Wherever smoky wicks illumine hovels He sees another Capua or Rome. Amazing travellers, what noble stories We read in the deep oceans of your gaze! Show us your memory's casket, and the glories Streaming from gems made out of stars and rays! We, too, would roam without a sail or steam, And to combat the boredom of our jail, Would stretch, like canvas on our souls, a dream, Framed in horizons, of the seas you sail.

We have seen sands and shores and oceans too, In spite of shocks and unexpected graves, We have been bored, at times, the same as you. The solar glories on the violet ocean And those of spires that in the sunset rise, Lit, in our hearts, a yearning, fierce emotion To plunge into those ever-luring skies.

The richest cities and the scenes most proud In nature, have no magic to enamour Like those which hazard traces in the cloud While wistful longing magnifies their glamour. Enjoyment adds more fuel for desire, Old tree, to which all pleasure is manure; As the bark hardens, so the boughs shoot higher, And nearer to the sun would grow mature. Tree, will you always flourish, more vivacious Than cypress? We have seen idols elephantine-snouted, And thrones with living gems bestarred and pearled, And palaces whose riches would have routed The dreams of all the bankers in the world.

We have seen wonder-striking robes and dresses, Women whose nails and teeth the betel stains And jugglers whom the rearing snake caresses. Woman, a vile slave, proud in her stupidity, Self-worshipping, without the least disgust: Man, greedy, lustful, ruthless in cupidity, Slave to a slave, and sewer to her lust:. The torturer's delight, the martyr's sobs, The feasts where blood perfumes the giddy rout: Power sapping its own tyrants: servile mobs In amorous obeisance to the knout:.

Some similar religions to our own, All climbing skywards: Sanctity who treasures, As in his downy couch some dainty drone, i In horsehair, nails, and whips, his dearest pleasures. Prating Humanity, with genius raving, As mad today as ever from the first, Cries in fierce agony, its Maker braving, 'O God, my Lord and likeness, be thou cursed!

But those less dull, the lovers of Dementia, Fleeing the herd which fate has safe impounded, In opium seek for limitless adventure. It's bitter knowledge that one learns from travel. The world so small and drab, from day to day, The horror of our image will unravel, A pool of dread in deserts of dismay. Must we depart, or stay? Stay if you can. Go if you must. One runs: another hides To baffle Time, that fatal foe to man.

And there are runners, whom no rest betides,. Like the Apostles or the Wandering Jew, Whom neither ship nor waggon can enable To cheat the retiary. But not a few Have killed him without stirring from their cradle. But when he sets his foot upon our nape We still can hope and cry "Leave all behind! We'll sail once more upon the sea of Shades With heart like that of a young sailor beating. I hear the rich, sad voices of the Trades Who cry "This Way! The scented Lotus. Here it is they range The piles of magic fruit.

O hungry friend, Come here and swoon away into the strange Trance of an afternoon that has no end. In the familiar tones we sense the spectre. Our Pylades stretch arms across the seas, "To salve your heart, now swim to your Electra" She cries, of whom we used to kiss the knees. O Death, old Captain, it is time. Weigh anchor! To sail beyond the doldrums of our days. Though black as pitch the sea and sky, we hanker For space; you know our hearts are full of rays. Pour us your poison to revive our soul! It cheers the burning quest that we pursue, Careless if Hell or Heaven be our goal, Beyond the known world to seek out the New! 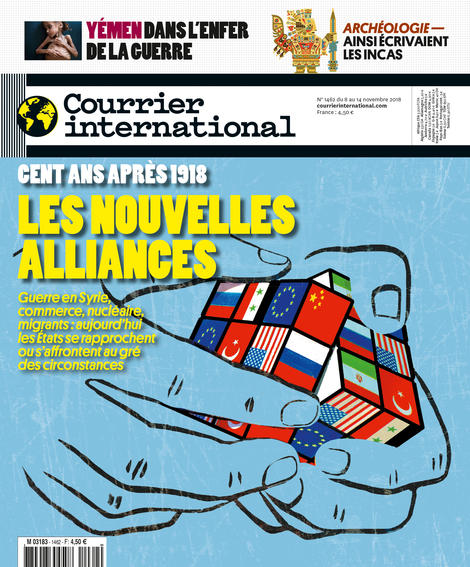 For the boy playing with his globe and stamps, the world is equal to his appetite — how grand the world in the blaze of the lamps, how petty in tomorrow's small dry light! One morning we lift anchor, full of brave prejudices, prospects, ingenuity — we swing with the velvet swell of the wave, our infinite is rocked by the fixed sea.

Some wish to fly a cheapness they detest, others, their cradles' terror — other stand with their binoculars on a woman's breast, reptilian Circe with her junk and wand. Not to be turned to reptiles, such men daze themselves with spaces, light, the burning sky; cold toughens them, they bronze in the sun's blaze and dry the sores of their debauchery.

But the true voyagers are those who move simply to move — like lost balloons! Their heart is some old motor thudding in one groove. It says its single phrase, "Let us depart! They are like conscripts lusting for the guns; our sciences have never learned to tag their projects and designs — enormous, vague hopes grease the wheels of these automatons! We imitate, oh horror! Strange sport! Our soul is a three-master seeking port: a voice from starboard shouts, "We're at the dock! The islands sighted by the lookout seem the El Dorados promised us last night; imagination wakes from its drugged dream, sees only ledges in the morning light.