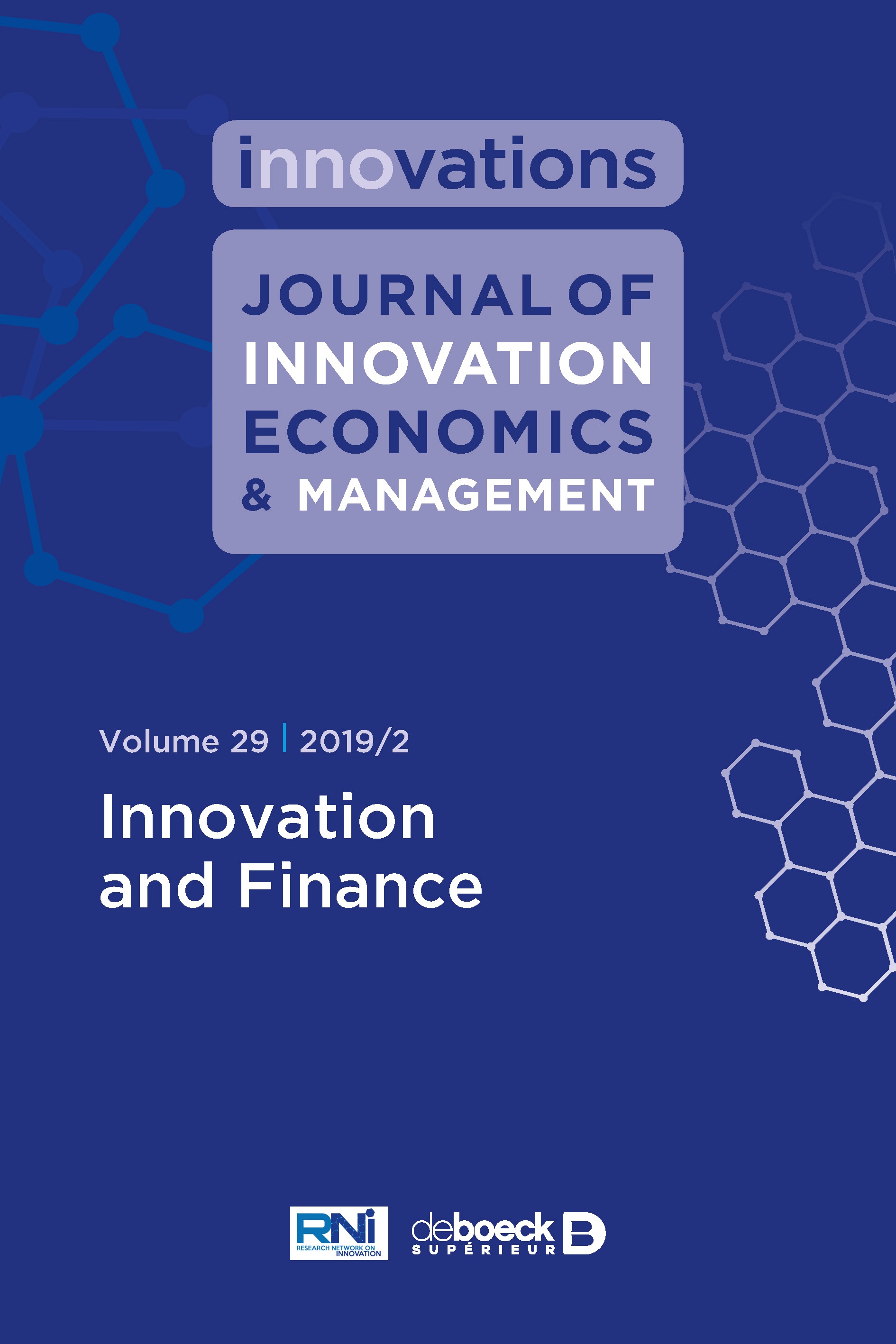 For technical questions regarding this item, or to correct its authors, title, abstract, bibliographic or download information, contact: Maurizio Mariotti. If you have authored this item and are not yet registered with RePEc, we encourage you to do it here. This allows to link your profile to this item.

It also allows you to accept potential citations to this item that we are uncertain about. If CitEc recognized a reference but did not link an item in RePEc to it, you can help with this form. If you know of missing items citing this one, you can help us creating those links by adding the relevant references in the same way as above, for each refering item. If you are a registered author of this item, you may also want to check the "citations" tab in your RePEc Author Service profile, as there may be some citations waiting for confirmation.

Please note that corrections may take a couple of weeks to filter through the various RePEc services.


Economic literature: papers , articles , software , chapters , books. Would be war criminals were on notice. The balance of power was shifting to accountability not impunity. That was less than 15 years ago. But since the slide has been consistent: not more accountability, but less. Some of this shift reflects structural changes in the nature of warfare. And a rise in non-state actors means that the average civil war has 14 parties to the conflict.

This raises a question that humanitarians debate all the time: what can be done better to shield civilians in conflict. Here is some thinking from within the sector. First, account for urban warfare. It is even more shocking to visit Mosul and see what happens when there is not such proper account. In removing ISIS from the city, the old city was more or less completely destroyed. Now there is movement for the politics to buttress military efforts.

Austria has led fifty countries to sign a political declaration in respect of the use of explosive weapons in populated areas. I agree with the Secretary General that all states should join this political process. Second, take seriously international humanitarian law training and norm adherence. Training in human rights law and military ethics has rightly become a fixture of US military doctrine. Experience shows this needs to be embedded from day one into the curriculum for every soldier and officer; that IHL needs to be anchored in national and community-specific values and history; it needs to be peer-to-peer as much as it is top-down; and it needs to be translated into concrete actions for decision-making and operational actions.

My colleagues have found that having humanitarian personnel and IHL experts embedded in military training is more effective than delivering an IHL training to military personnel. As coalition-based engagement increases, the US, UK and other militaries need to hold their partners to the same standards. This is particularly important in places like Yemen. There is also some evidence from some work with non-state actors that there can be value in such dialogue. One example is the SDF in Syria, which wanted international recognition and embraced international legal commitments, such as the protection of children.

Third, improve monitoring and investigation of civilian casualties. The UN has established a range of reporting mechanisms specific to different conflicts and several Commissions of Inquiry. While the documentation of atrocities is deeply frustrating for those who want accountability now, it is critically important for potential justice long-term. And we should note it is worrying enough for some combatants for them to try and block it.

National, multinational and UN operations also have a role to play in tracking civilian casualties to inform military strategy and reduce civilian harm. These are important ideas. But they are fundamentally constrained. They depend on cooperation of combatants. And they are ignored by many non-state actors, and by states willing to pursue murderous tactics to show that there is such a thing as a military solution.

We have seen this in Sri Lanka in ; in Syria since , including as we speak in Idlib; in Yemen since ; in Myanmar in The truth is that the places where we work are not just moral emergencies which need better management. They are also political emergencies. If a picture is worth a thousand words, then the new order is epitomized in the photo of Russian President Putin and Saudi Crown Prince Salman high fiving each other at the G20 meeting in Argentina in November last year.

With Syria in ruins, Yemen in crisis, and political opponents like Boris Nemtsov and Jamal Khashoggi dead, theirs was the embrace of two leaders unencumbered by national institutions or by the fear of international law. The political emergency we face today has two elements.

First, the assault on international rule-making and the practice of international institutions. As Foreign Secretary I got used to Russia and China defending indefensible actions by governments who were their friends on the grounds that what a state does within its own borders is its own business. They blocked action against Sri Lankan bombing of Tamil civilians. But now we have something new: The Trump Administration leading from the front in making the same argument.

That vision is like saying that in the name of sovereignty every car driver should be free not just to choose their make of car, or to decide which music to listen to, but to decide their own traffic rules. It is like saying that every family should be free to decide not just what to feed their children, or where to educate their children, but what immunizations to give their children. But when drivers ignore stop signs or families refuse immunizations they are subject to sanction because they are a threat to themselves and to others.

That sanction is what is now being lost in international politics. The global public has noticed. The poll shows that around the world large number of people are looking for commitment to human rights and global engagement. However it should be shocking that the US should be perceived to have descended to the level of Russia as a global spoiler. The political emergency that has created the Age of Impunity does not end there.

Some countries even have potential Prime Ministers debating the suspension of Parliament itself… This is a democratic recession — successive years in which the number of countries suffering a reduction in political freedom outnumbers those enjoying a growth. Liberal democracies are becoming more intolerant. Illiberal democracies are electing authoritarian personalities. Authoritarian regimes that once co-existed with pockets of opposition no longer see the need to bother.

These two parts of the political emergency — international and domestic — come together. The first part enables the arrogance of power.

The second represents it. Together they create the Age of Impunity. The promise of Brexit was to make Britain an independent rule-maker. But in an interdependent world that is a mirage. A country our size cannot afford a world that is a network of fortresses, and cannot expect on its own to push back against that philosophy never mind defend our own interests. And as the debate about suspending Parliament shows, the strains and stresses of Brexit threaten to turn us into rule-breakers at home as well.

First, beware the vacuum. Second, foreign policy ethics are built on domestic fairness. The retreat will not be reversed until there is a new economic and social bargain that delivers fair shares at home. Third, the fight for civil and political rights is never over. The nationalist and nativist backlash against the rules-based international order has a contagion effect in domestic politics around the world.

I was taught at university that civil rights were gained in Britain in the 18th century, and political rights in the 19th century, so the 20th century challenge was social and economic rights. But the lesson of the countries suffering democratic recession is that every generation has to refight the case for civil and political rights. Just ask the people of Hungary. Fourth, it is not enough to criticize the Trump Administration or Brexiteers: we need to remake the case for international cooperation from first principles.

The great mistake of the Remain campaign was to duck the argument about sovereignty and duck the argument for reform of international institutions. In or out of Europe, Britain needs the EU to succeed, because international cooperation will remain a must, but for that it needs to be reformed as well as defended. This leads me back to Senator Fulbright. He wrote an important book in , selling , copies, and in the process breaking with his friend President Lyndon Johnson and many of his party.

It is relevant to the Age of Impunity because of its core thesis, captured in its title: The Arrogance of Power.